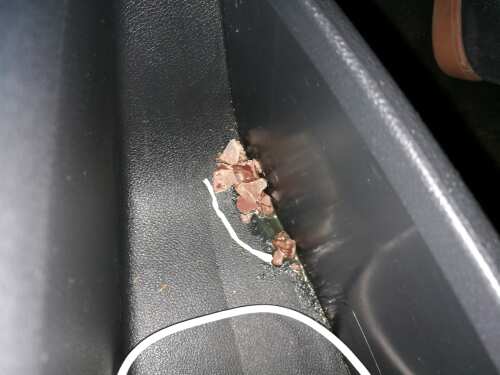 Arilyssa
Never ever rent a car with EASIRENT DUBLIN! There is only one guy that works there (possibly the franchise holder). Blonde shoulder height hair, rascal's behaviour. In the past six month we rented a couple of times with this company, including one time in Manchester (which we only had to wait 40min for the shuttle). The only two reasons we kept doing it was because they had the cheapest price and were the closest to our house. BUT, WE HAD PROBLEMS IN EVERY SINGLE BOOKING! For the first time, he made us wait over an hour to show up to work (we booked for 8am) and it took more than an hour until we could take out the car. In the end, we lost half of our trip day. The gas tank was never full on pick up, but he always checked for a full tank on returning. All of his cars are filthy! A quick water on the outside, but an array of dirty surprises on the inside. From left overs of food, empty bottles and other containers, used tickets of all sorts and leaflets, a pacifier, a golden playing card to just basic dirt from other customers' use. The cars are full of scratches, dents and broken pieces. There is never water on the windshield wiper tank and the tires are always unbalanced (extra delays). One time, we made three bookings in a course of a week. One of them through a third party website, using Live Chat. We got a really good price and decided to add a second driver. When we went to collect the car, he insisted that there was no extra driver in the reservation. I was left in doubt if I had added it for another trip and decided to worry about it after the trip. We left without the extra driver. At one of the occasions (before the last one), he made a point of advising only that we would need new proofs of address, as the first two we gave were about to expire (this first two were also another drama). Finally, the last time. He charged us another 50% of the rent to cross Ireland / Northern Ireland border while on route. Also, suddenly he decided that I could not rent and drive a car in Ireland, since I live here for 8 years and my driver’s licence is foreign (which is the case for all of the 8 years I've been renting cars in Ireland and all of the times I rented with easirent). So, he decided we needed an extra driver (because the credit card for the deposit is in my name), that costed nearly the same price of the initial booking! By now, the booking was 150% above the initial price. I then told him about the easirent mistake with the other booking, were the extra driver was missing, and asked if I could use it now. He said no and told me to seek refund with the website we rented from (not easirent main office or his). The best part is yet to come. My husband went to return the car alone, as I was sick after the trip. The one and only accused us of ripping the tire and wanted to charge another 300 euros to fix (I saw other reviews about the same scam). My husband was absolutely certain that he did not ripped the tire, but told him that he would fix it. He went to a mechanic, who said that the rip would not pop the tire and kindly glued the torn piece, FOR FREE! When my husband arrived home and told me, I checked the pictures (we always take tons of pictures before signing out the car, to prove all that I said above) and the torn on the tire was already there!! We did not come back there to discuss this last incident and we don't intend to ever rent a car in this place again. I strongly recommend that EASIRENT main office revoke the license of this branch. This person must be banned from the trade, to prevent him from continuing to profit from dishonesty and incompetence! As for you that is thinking about booking a car with this company, SIMPLY DON'T! You don't need to be caught on another profitable trap from Dick Dastardly.
4 years ago

Easirent has a 1.23 average rating from 949 reviews