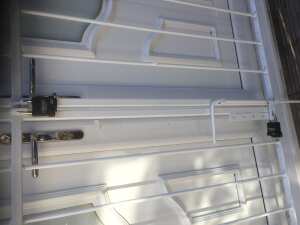 Daniele Iannarelli
My latest order with "Nothing But Padlocks" was for a pair of keyed-alike "Extreme" padlocks. The padlocks themselves seem strong and robust and of good quality although - surprisingly - the shanks have the same diameter (8mm) as the 'lesser' "Expedition Weatherproof" model. I say "surprisingly" because of the price tag being more than double of the "Expedition" padlock. At such an extreme price of the "Extreme" padlock, I'd have expected the shank diameter to be a bit larger. My reasons for a 4-star (I almost dropped to 3-star) rating rather than a 5-star are: i. The shank diameter being no larger than the 'lesser' padlock (of less than half the price) I've purchased in the past. I later noticed there is another similar "Extreme" padlock called the "Closed-shackle Extreme", which is a little more expensive but not the same jump between the 'lesser' padlock and the "Extreme". If I'd seen this one beforehand, I'd have bought this instead. ii. The "Extreme" padlock being - in my opinion - considerably overpriced at a whopping £105.88 (incl shipping and VAT) for two padlocks. However, the counter-argument may undoubtedly be along the lines of: "Well, you bought at that price anyway... why?" Well, my answer is that I did want strong padlocks and decided to buy them knowing they're (in my opinion) overpriced. In other words... I was/am 'over-a-barrel'. If something is really needed, you 'bite-the-bullet and buy. Overall, it seems a very good company with excellent products. They respond to questions/queries very promptly and efficiently and are very helpful in their advice. I'll no doubt use them again.
1 year ago

Nothing But Padlocks has a 4.91 average rating from 1,942 reviews