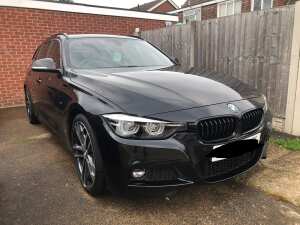 Austen
So where do I start ? Let’s good back to April 2018, I wanted a car that was fast but didn’t want to keep it that long, I saw an advert on Twitter for a company called Evogo where you can have a vehicle for a short term. This was perfect for me and almost too good to be true, I did the math and it worked out just as cost effective to have a car from Evogo as it was to lease one for 3 years and not be able to hand it back when I was bored. I contacted Russell who explained everything to me which still seemed "too good to be true" I did some research looking for negative feedback from people who'd hired from Evogo and there wasn't any mention of people on the internet who were unhappy. After getting an email from Russell with the cars that's available my mind was set on a BMW 340i in white, there was one available when I spoke to Russell and he asked me did I want to put my name down next to it ? I told him i'd get back to him shortly, no idea why but I just wanted longer to decide if this "too good to be true" really was true !! Finally I called him up 3 days later to order my White 340i only to be told it had now gone but they had one in Black (typical) although I didn't want a black car I was going to do this and put my name down. May cam and my car was ready for collection, I bought the train up and signed my paperwork, we inspected the car and before I knew it I was away in my brand new 340i. Russell asked me if id like to make a review and I decided I would wait until I was due to hand the car back as i'd heard horror stories of people handing lease/hire vars back and having charges at the back end that were ridiculous !! Well 1 year on and last week I returned the BMW 340i and collected my KIA Sportage, they inspected my 340i and yes rightfully so they charged me as i'd scuffed the alloy wheel (below £100) i was more than happy with this and paid the money there and then. I do not work for Evogo as I'm a full time photographer but really do want to say this system of having a vehicle you can return with 90 days of collecting it really is as good as it seems, one year on and I'm in my second vehicle and loving the Evogo way. Thank you. PS Russell I did say I would write a proper review once i was ready :-)
1 year ago