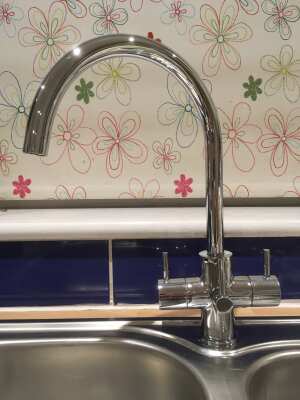 John Miller
I recently moved into a new home which had a similar Paini tap and a Brita filter. The tap was inferior in that it took cold water from the tap, sent it to the filter via a small hose and back to an open outlet within the tap. As a result, the filter tap continued to run for 2-3 seconds after I had turned off the tap! Having installed a water softener and after consulting the manufacturer I found it was impossible to feed the tap from a separate hard water supply, so I bought the Caple ARDOR Puriti water filter kitchen tap, having had one before in a previous home. It’s good looking, easy to keep clean and operates smoothly. The filter is also effective, with a good flow rate. It’s also considerably cheaper than many of the alternatives. Recommended.
2 years ago