Login Start Free Trial Are you a business? Click Here
Are you a business?
Terms & Conditions
User Privacy Policy
Business User Privacy Policy
Data Protection
Data Request
Read All Lexham Insurance Reviews
Anonymous
My son has held policy with Lexham for just over a year. I am the guarantor on the polucy as he us under 18 years old. A month before the policy was due for renewal my son was involved in an incident in which the third party admitted full ilability. As a result the thurd party insurers have made him a diabolical offer and decided to write his motorcycle off. Lexham have basically refused to have any involvement, saying it wont make any difference to the settlement offer. I have dealt with this solely on my own. Lexham have now decided, 6 weeks after the incident, that they would inform us that my sons no-claims duscount has been suspended. This has increased his total policy by 25%! They refuse to talk to me, regardless of the fact that I'm the guarantor and pay the insurance installments, unless my son is present. I've made countless phonecalls, left countless messages, and still havent had anyone that is competant of their job title contact me. Absolutely disgusted by the service, am left wondering why we are paying insurance to such an in-competant company???
1 year ago 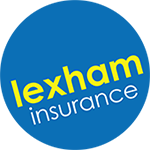 Lexham Insurance has a 4.31 average rating from 2,824 reviews